I decided to share more of my poetry recently— here’s one I wrote yesterday on the beach after a long run with a friend. I hope it allows you to appreciate the spaces between moments, as it did for me. 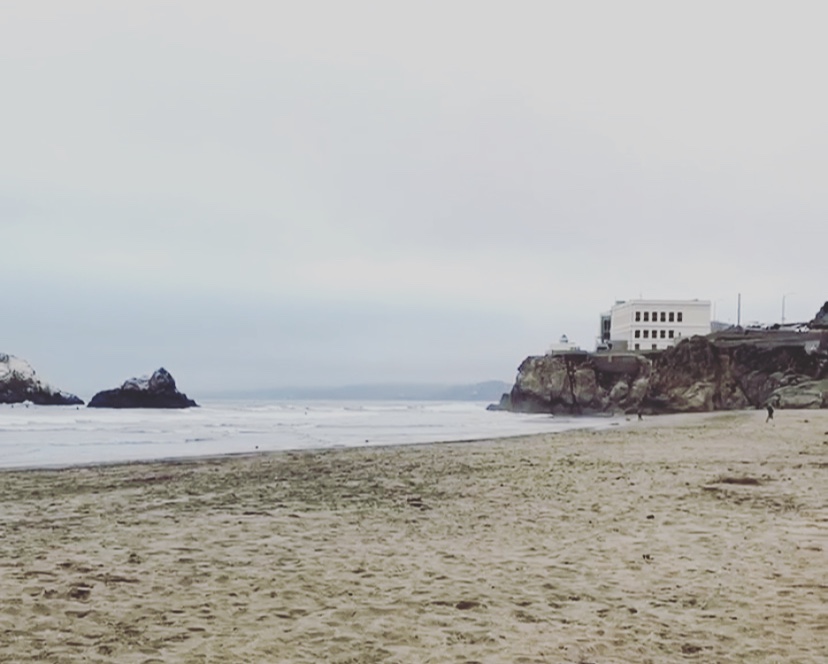 Our legs took us miles and miles away from the city
Until we reached the edge of the earth and could run no more.
And there we watched, breathless,
Waves folding in over each other
Like foamy egg whites
In the making of meringue.

The pale blue-gray of the sky
Mixes in with glint of slow steeping crimson.
It holds delicately onto the last strands of
Daylight suspended in “in-between” moments
Before the inertia of twilight sets in.

Sandy seagulls carousel the tides
As the ocean theme park lulls to a close.
Overcome by a temporary stillness,
It also needs to catch some shut eye to rest
Before it is due to open again the next day.

The boulders stand witness to the test of time.
Despite their heavy eyelids, they are always watching,
Embedding stories in wrinkles of their skin.
After all, they are the most objective historians
And the most patient scribes.